Holy crap 5k’s are hard! I always forget that running as fast as you can for 3.1 miles is really hard. I didn’t have much of a race plan other than to use this as a speed workout and not go out too fast. This was my first speed workout & race since March because i’ve had a hip issue that restricted my speed, but that’s a whole other post in itself. 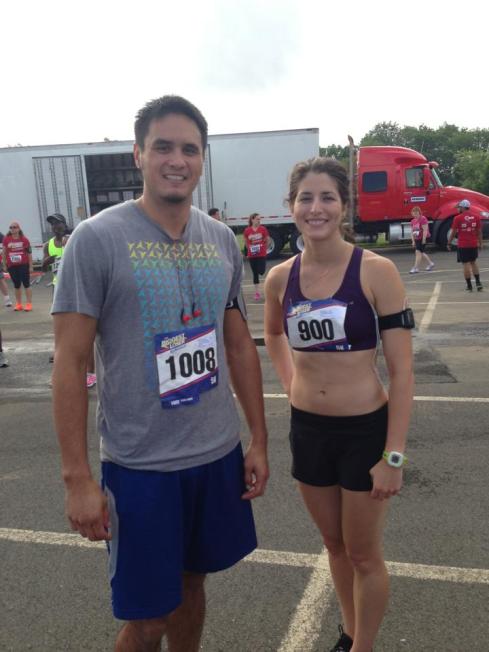 My first mile was a 7:08, at this point I was just cruising and trying to weave around the people that shouldn’t have started in the front (grrr…). Right before mile two (7:27 pace) I started looking ahead and counting the girls in front of me. Instead of trying to place in my age group, there was a chance I could place in the top 3 overall. This gave me the boost I needed to get my head in the race.

For the first time I wasn’t worried about the time on my Garmin or a PR, I was focused on reeling in the women in front of me.  I paid attention to the other racer’s form, breathing, & cadence. Once a runner showed fatigue, i’d pick up the pace and pick them off, one at a time. Over the last mile of the race I passed a good handful of runners and it was exhilarating! My last mile was a 7:25 and good enough for 3rd Place Female with a time of 22:20.

This wasn’t a PR for me, but it was so much fun actually participating in the race itself and not just gunning for time. 5K’s are such a different beast, but this was a great experience. Biggest Loser did a great job at providing a flat course and making this an inspiring, enjoyable run for experienced and newbie runners. Any BL fans out there? Bingo (from the kid’s season 14) kicked off the kid’s mile race,  other BL contestants were stationed around the course for support & Dan Evans from season 5, handed out awards. 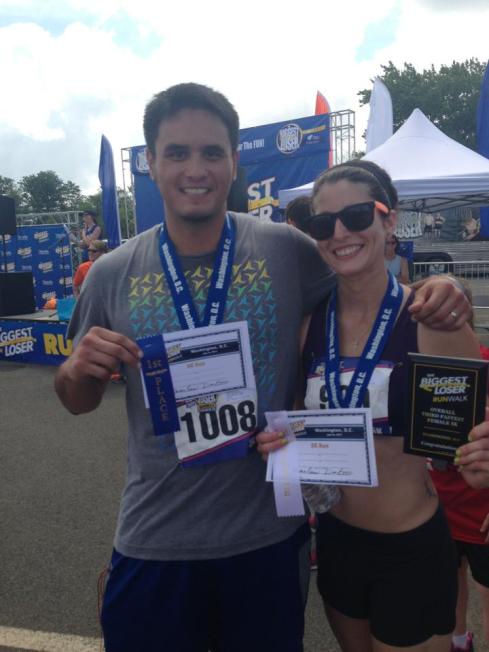 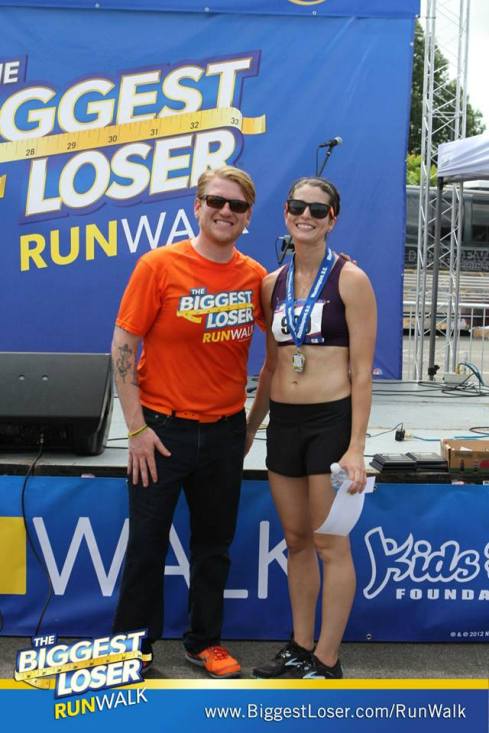 Who comes with you to races?

My old roommate used to come up with me, and family friends would meet up at the finish line.