2. LE’s first runs. She’s doing a run/walk mileage build up. 3 minutes of running, 3 walking just like anyone else getting started! So far she’s listening really well and staying right next to me. We did 2 walk/runs last week (both under 3 miles).

3. Self Timed Pics. I will do this more often on my long, slow runs when I notice places that may be photo worthy. I’ve always wanted more pictures of me actually running that do not cost $40 or have orange “PHOTO COPYRIGHT” all over it. If the self times is how I have to get them, so freaking be it! 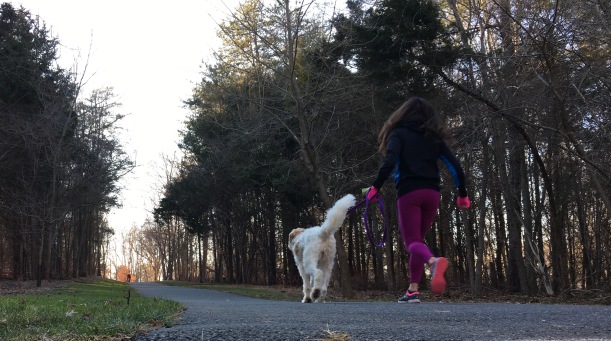 4.This article: 55 Ways to Boost Your Metabolism

5.  Oiselle Roga Shorts. I finally tried these and i love them. The size is a little large so i’ll size down the next time I buy them, but they’re long 4″ inseam (so no thigh rub), and I noticed in the pouring rain they never weighed down or got soaked with water. I’ve been searching for shorts for a while since Under Armour no longer makes my favorite kind. These seem to be a big contender! 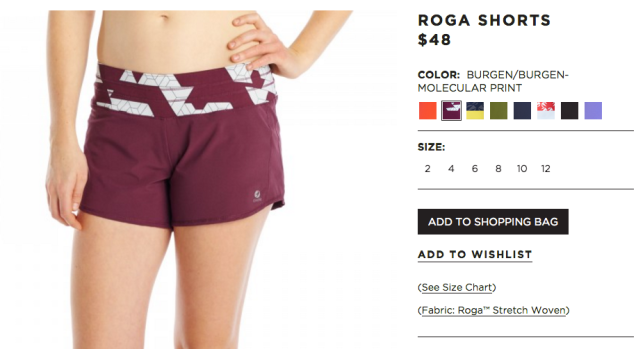 I wore these shorts during a warmer run a week ago… 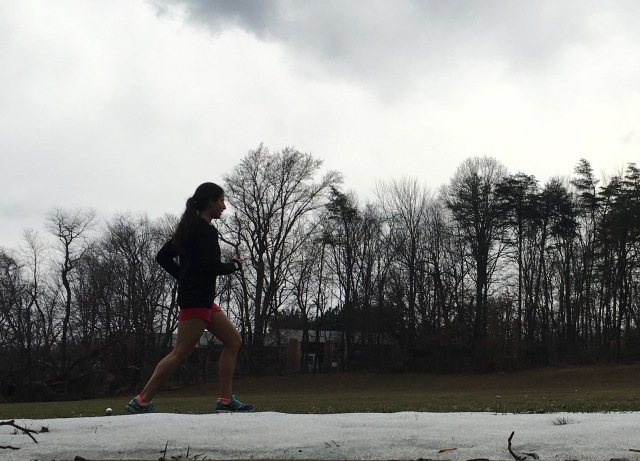 Have you ever purchased a photo from a race?

Any good movie finds on Netflix? Give me suggestions!

Let’s step back in time for a sec. My very first race expo experience was for the inaugural 2009 Chicago Rock n’ Roll half marathon.  I took the South Shore train to Chicago and had no clue what I was doing. I followed the herds of people and picked up a bag full of coupons, safety pins,  goodies and advertisements for companies I had never heard of, a race bib and a shoe chip timer. I watched the tv monitor to learn how to put the chip timer on my Nike’s and then watched again so i wouldn’t mess up. I was new, nervous and walking around alone.

The expo was huge and at the ripe age of 21, I had never been to anything like it before. Every booth had weird food and strange massagers. I never knew running had it’s own little world. I turned a corner and saw a few runners talking to a very pretty, slender brunette. Then I saw the brunette’s face on a promotional poster nearby and realized she must be someone important. Kara Goucher. That name meant nothing to me at the time, but now it’s one of the many reasons I love to run.

She crushed the half marathon that next morning. 1:08:04. She beat every person, male & female in the race. I had found out about her accomplishments that week as I started looking up her stats online. I thought it was super cool I stood 10 feet away from the overall winner of my very first race. 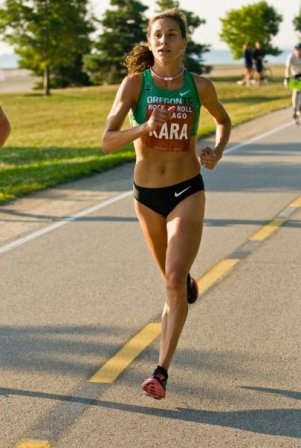 I saw her at another Chicago half marathon expo a year or two later, but this time she was pregnant and I was starstruck. I didn’t have the courage to walk up to her or say hi. I also had no clue what I would say to her. I left another expo without talking to her, but just seeing her and being in the same room was amazing.

You wouldn’t believe it. But as recent as the 2014 Philadelphia Rock n’ Roll 1/2 marathon I almost hit Adam Goucher (Kara’s husband) with my car. No joke. I was pulling out of the paid parking lot after the expo and some dude bolted in front of my car, crossing the street and I slammed on my breaks. The guy gave a quick wave and I yelled, “OH MY GOD THAT’S ADAM GOUCHER!”

Since the very beginning of my 1/2 marathon love, Kara has been a part of it. As strange as that sounds. The earliest memories I have of the sport are paired with a memory of her. I’ve loved following her career over the years, watching her race, reading her interviews, enjoying her candid blog.  There have been many times when i’m out on a difficult run envisioning how Kara mentally gets through tough runs. It always gives me a burst of energy and puts a smile on my face.

“Once you make the decision that you will not fail, the heart and the body will follow.” – Kara

look who drinks Nuun too! (source)

After all the missed opportunities I had, if i could say anything to her, I would just tell her thank you. For being honest and transparent to her fans, for being gracious, and giving her everything to the sport she loves. Her passion and dedication is the most inspiring thing I’ve ever witnessed as a fan girl. Good luck in LA.

HEAD UP, WINGS OUT!