How am i already at another peak week?? Seems like yesterday this was Philly’s marathon peak last November. I can full heartedly say as much as i love running, i did not care for this training cycle. I’m gonna be honest, this was one big experiment after another. From counting calories/macros, adding and removing foods, trying to find balance with strength training and napping whenever I had the chance… Every aspect was challenging and it started off on the wrong foot for me.

Hansons Marathon Method & Half Marathon Method training plans are 18 weeks long. Both of them. I assumed for some reason the half training plan would be either 12 or 16 weeks. And after my happy-go-lucky base building in December, I dove into training early January and realized I was already several weeks behind! I started at the week I was already supposed to be at (week 9), thinking i was ready mentally and physically to jump in and handle it. For the record I kinda was, but it was mentally tough to skip weeks. I don’t recommend it. 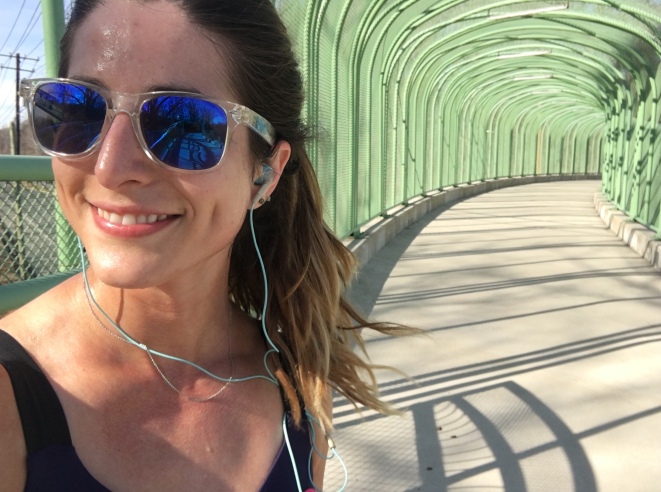 I should have started from the beginning of the plan and adjusted for an earlier taper, not the other way around by playing catch up. It was physically tough hitting 50 mile weeks. Again, i assumed volume would be less in the Hansons half. Turns out the half plan is extremely similar to the full. Paces are where it differs and for a half marathon and long term goal of breaking 1:30, the pacing is tough on top of the weekly volume.

That all being said. This is the hardest i’ve trained for a half, but my heart isn’t fully into it with the passion I felt during the Philadelphia training. I think it’s because i’m having so much more fun with the weightlifting and Crossfit right now. I’m a newbie at Olympic weightlifting so I’m gaining strength quickly and get to see PR’s almost every week. It’s so fun, challenging and rejuvenating.

The half marathon has been my favorite distance, but also a tough distance for me. I want the sub 1:30 badly, but I know it’s going to be work. It might be work for the fall when my mind can wrap itself around a hard half. I’m hoping that the Rock n’ Roll DC 1/2 will bring either a course PR (under 1:37:07) or an overall 1/2 PR (under 1:35:36). As long as the taper goes well I think i’m more than capable of these goals.

Now let’s talk about nutrition. I mentioned a few times that my energy had been zapped. For a quick moment i thought i was overtraining, but that wasn’t the case. I just wasn’t eating right.  I wasn’t taking in enough carbohydrates.

I think the 50 mile weeks caught up with the 2-4 days a week I was lifting and when I was hungry my face was in a jar of peanut butter. It was funny at first, like haha I can eat 2 jars (big jars) of PB a week because I’m a runner… yeah no. All the peanut butter was not helping me with performance. Yes, it was helping eliminate the calorie deficit and is delicious and should be it’s own food group, but all the fat was not helping replenish my glycogen levels so i can hit workout after workout hard.

*Sidenote: I always use My Fitness Pal to log food when something feels off, whether its energy, tight pants, breakouts, migraines, anything – log food for a couple weeks and look for patterns. My recent pattern was a PB overload.

When i’m craving excess calories or reaching for the pb jar i’ve been making protein shakes and adding a little pb to the shake. And on days i’m doing more than an easy run (like two-a-days where I Crossfit in the morning and run in the afternoons) I make sure to eat carbs like potatoes or rice the night before and I either have a Picky Bar or Rx Bar about an hour before my second workout (22-28g carbs).

I’ve been eating a low carb/high fat/high protein diet for the last year and a half and it’s been working just fine, until i started seriously lifting heavy and running volume on top of it. It’s just not a feasible diet anymore. I’m trying out a pseudo-carb cycling plan where I have 3-4 higher carb days (specifically for two-a-days) and a couple lower carb/higher protein + fat days when I’m not doubling workouts or long running. 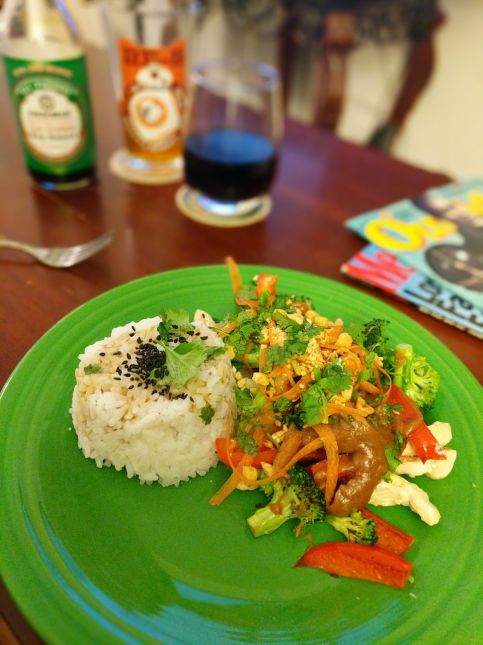 I think the key here is to plan for nutrition changes when starting a new training cycle. I’ve made this mistake over and over, forgetting to increase overall calories as my mileage increases or even changing up the type of calories i’m eating. Again, I’m going to do a better job at logging food and hopefully i can train smarter not harder. Also-i’m not a nutritionist or a dietitian. I’m just changing some stuff up based on what myself and a few dudes discussed in the gym. If you have questions or comments feel free to ask away, but i’m not an expert in this area!

Just these few changes over the last two weeks have made a huge difference in my energy levels and i’m finally feeling some speed in the running workouts. Now I gotta grab some carbs for my run later 😉

How do you increase overall calories during training?

Do you count macros or try to eat a certain high fat/protein/or carb diet?